With the destruction of property and the rampant corruption that plagues the industry, the real estate market in Syria is failing to meet the needs of people reports Al-Watan. 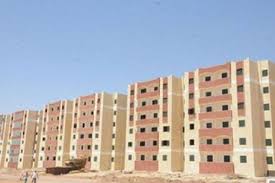 Real estate expert Omar Youssef told Al-Watan that stagnation is the headline of the property market in Syria today—especially in Damascus and its countryside. This is a result of the changes that have affected the exchange market and the absence of stability, as the property market in Syria is tied on a basic level with the changes in the exchange market. He said that the current prices for property can now be described as high.

Youssef said that the announcement by some banks of issuing residential loans was difficult to implement in reality. This is due to the prohibitive conditions that have been imposed, such as proving the income of the borrower, who needs to have a monthly income of three times the value of a payment—something impossible for most citizens. The amounts are also not sufficient to buy more than a small room. He said that all these announcements are not impacting the property market and that they would not be able to create movement because they are only a “tempest in a teapot” and were only for media marketing without any actual results.

Youssef noted that the Public Company for Housing had tendered 12,000 units for subscription without any result due to the destruction of a large number of homes as the result of the war. It was possible these new houses would not be built before 20 years.

Youssef indicated that real estate traders were the only ones in control of the property market and it wasn’t possible for the Public Company for Housing to control it today.

He noted the terrifying amount of corruption present in informal housing, which reached up to about 90 percent among brokers, building violations, municipalities, municipal police and others.