The Sochi agreement was supposed to end the violence in Idleb, but infractions of the ceasefire have been frequent writes Horriya Press. 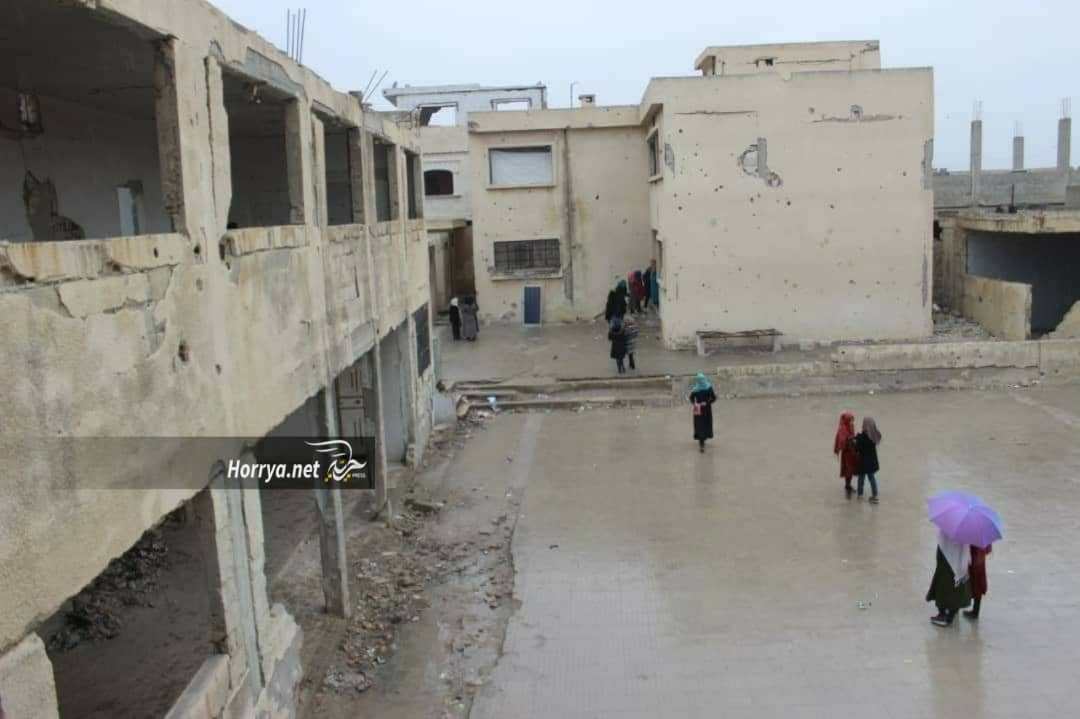 Schools in the city of Ma’arat al-Nu’man, in Idleb province, were closed on Wednesday, following intensive shelling by Assad’s forces. The attack led to the death of 11 martyrs, including women and children.

In a statement published by the Idleb Free Education Directorate (affiliated with the opposition interim government) , the school authority said classes will be suspended, “because of the barbaric shelling that hit the city of Ma’arat al-Nu’man on Tuesday, and to ensure the safety of the students and educational, incase the bombing was repeated.”

The statement pointed out that, “the Free Director of Education in the province of Idleb were authorised the suspension of work for Wednesday alone.”

On Tuesday, eight civilians were killed and 25 others injured by the Syrian regime’s shelling of northwestern Idleb province.

The southern countryside of Idleb is considered a “de-escalated zone” under the Turkish-Russian agreement signed in Sochi, which provides for the withdrawal of heavy military equipment by the forces of Assad and the rebels, and a complete cease-fire, which is not adhered to by the Assad regime, as attested to by the shelling that has recently occurred.