Mohammed Rahmoun is believed to be responsible for the arrest and torture of thousands of anti-regime activists and a number of chemical attacks reports Zaman Al Wasl. 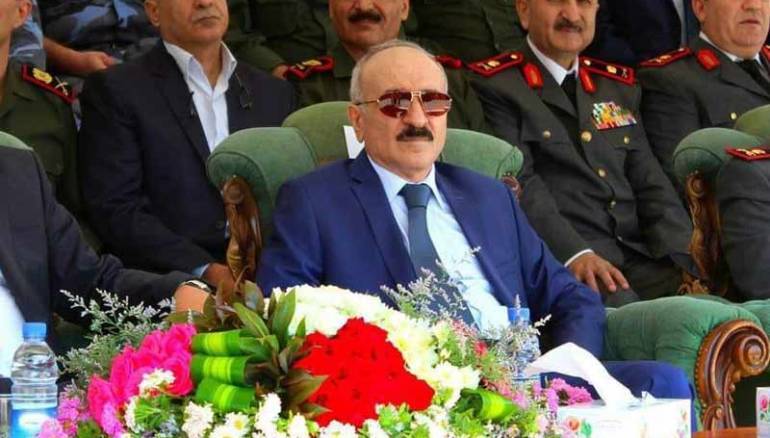 Analysts say Bashar al-Assad has appointed Major General Rahmoun to crush all opposition. Rahmoun has proved that he is a brutish henchman, suitable for carrying out Assad’s dirty work.

The internal transfer seems a tradition for any new minister but the reshuffle indicated to the ultimate power of Rahmoun who seemed unbreakable.

Rahmoun is the former head of Syria’s Political Security Directorate, a dark force thought to be responsible for the arrest and torture of tens of thousands of anti-regime activists.

He is a graduate of the War College and one of Assad’s chief acolytes. As an Air Force Intelligence brigadier in 2011, he oversaw the detention and torture of thousands in Harasta, Douma and Barzeh. Prisoners under his watch were reportedly forced to dig tunnels and trenches for the regime.

He was involved in the 2013 chemical attack in Ghouta that claimed the lives of more than 1,300 victims. For that, he appears to have earned his stripes and was promoted to the rank of Major General, giving him a seat at the table of the 2017 Astana talks, which relegated the UN-led Geneva process to the sidelines.

To get the measure of this man, all we need to know is that he is the most probable person to have sanctioned the chemical weapons attack on Khan Sheikhoun in 2017, which killed 80 people, despite it being his own place of birth.