The US-backed Syrian Democratic Forces have been fighting for months to eliminate the Islamic State from their last stronghold in Syria reports Zaman al Wasl. 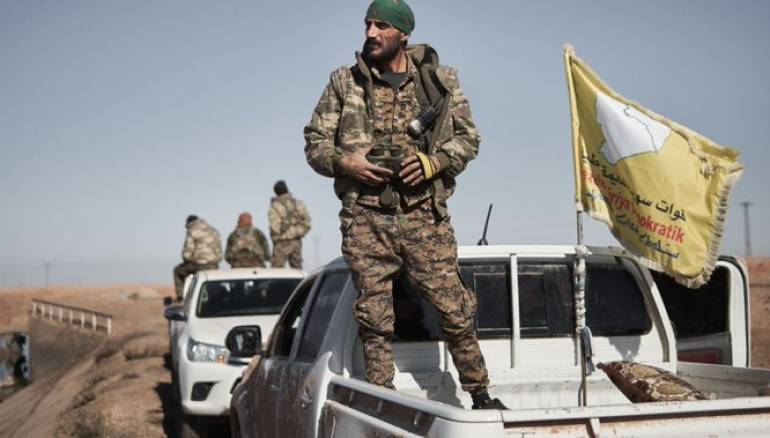 On Wednesday, US-backed Syrian forces recaptured the border with Iraq from the Islamic State (ISIS), as heavy clashes enter their third week in the last major foothold of the jihadist group.

The Syrian Democratic Forces (SDF) has been attempting to take ISIS’s territory on the banks of the Euphrates near Iraq for weeks, in an offensive backed by US-led airstrikes.

The US-led airstrikes have killed dozens of people in Deir ez-Zor province, including 15 family members on Tuesday.

Meanwhile, the Kurdish-led militia seeks to take the town of Hajin.

The battle for Hajin has dragged on for three months, highlighting the difficulty of eradicating an extremist group determined to survive.

ISIS has resorted to guerrilla tactics since it abandoned its goal of holding territory and creating a self-declared caliphate straddling Iraq and Syria.