Attempts to progress the Manbij roadmap, regime officers killed, barley cultivation in Aleppo and US kills civilians in Hajin. Catch up on everything that happened over the weekend. 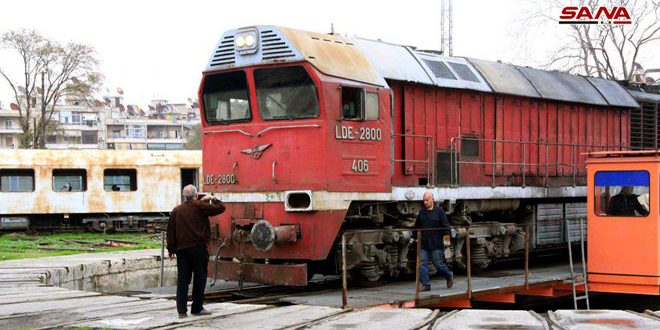 1. US Special Envoy for Syria, James Jeffery, said his country is going to take “more steps” regarding the Manbij roadmap in Syria, and these will be completed by the end of 2018. Anadolu Agency quoted Jeffrey as saying the Manbij roadmap requires a series of steps. “The commitment of the United States was from members of the PYD and YPG, who are present in Manbij, to leave and local councils and the local military personnel not to include members of those organizations,” Jeffry said. He added, “We’re going to take a few more steps to ensure that we meet that criteria as soon as possible. And some of them will be completed by the end of December,” Jeffrey said. The US and Turkey agreed that the Manbij roadmap should be implemented promptly, while noting the importance of achieving concrete progress by end of the year.

2. On Friday, six regime army officers were killed when a landmine exploded inside their base in southern Daraa province, pro-regime news feeds said. The explosion, according to Zaman Al Wasl, took place in Battalion 210 near the town al-Sanamayn. More than 125,000 pro-regime forces have been killed in seven years of brutal conflict, according to local monitoring groups.

3. The Humanitarian Relief Agency (IYD), a local NGO operating in northern Aleppo province, has launched projects for barley cultivation, Zaman Al Wasl reported. The indoor project consists of five cultivation rooms, two in Jarablus town and three rooms in Kibasin town. All rooms are provided with alternative energy, with a daily capacity of about 400kg of barley. The project, which is part of a drought-fighting project, aims at encouraging livestock breeders and farmers to set up special breeding rooms on their farms, benefiting cattle, improving their health and increasing milk production.

4. Civil sources told SANA that warplanes of the US-led International Coalition attacked several residential houses in Hajin on Friday morning, claiming the lives of eight civilians from one family and injuring others. The sources mentioned that three women and two children were among the martyrs. The strikes destroyed dozens of houses and displaced hundreds of families who fled their homes as a result of the coalition’s continued random bombing.