The Ministry of Reconciliation was established in 2011, but will now be a public agency affiliated with the cabinet reports Enab Baladi. 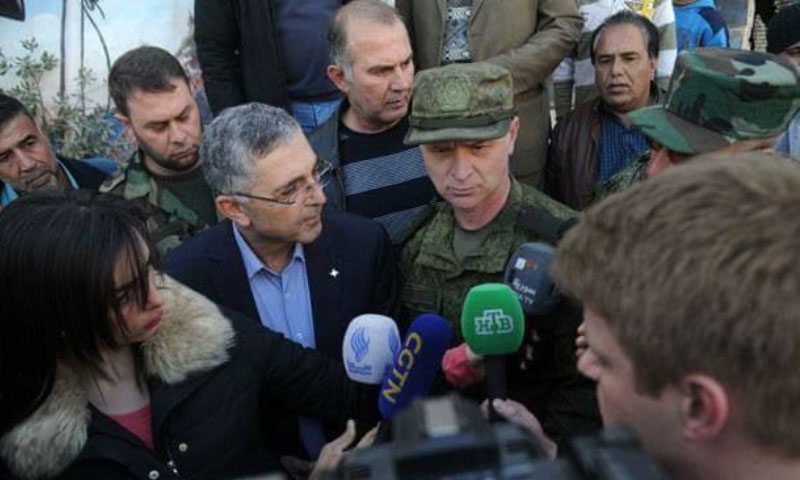 Regime president, Bashar al-Assad has issued a decree canceling the Ministry of Reconciliation and changing it into a “national agency” headquartered in the capital Damascus.

According to the SANA news agency, on Nov. 26, 2018, Decree No. 19 was established, which stipulated the establishment of a public agency, with an administrative nature, called the National Reconciliation Agency, headquartered in Damascus and affiliated with the cabinet.

The cancelation of the Reconciliations Ministry by Assad came along with the issuance of a decree changing all nine ministers in the Imad Khamis government.

The Syrian regime had established the Ministry of National Reconciliations in 2011 at the outbreak of the Syrian revolution, and appointed Ali Haidar who represented the so-called “national opposition” as the Minister, a post he held until the dissolution of the Ministry.

Haidar was born in the city of Maysaf, Hama, and worked as an ophthalmologist in addition to heading one of the wings of the Syrian Social Nationalist Party.

Since he took over the Ministry in 2012, Haidar failed to persuade refugees to return and failed to have a direct relation to the settlements or “reconciliations” that were conducted in some Syrian areas under the supervision of the Russian Reconciliation Center in Hemeimeem.

Haidar appeared in the media many times visiting villages that the regime had taken control over in eastern Syria, and called on those involved to return to the state’s embrace by “settling their statuses.” He also appeared in Russian media to discuss the “qualifications for settlement and the national reconciliation process.”