The value of the Syrian pound has fallen continuously since the start of the crisis, but it is hoped that a future economic recovery will increase its value reports Al-Watan. 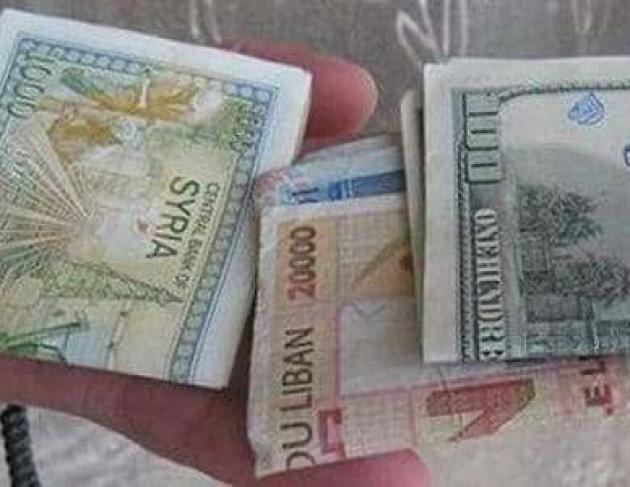 The Head of the Syrian Commission on Markets and Securities, Abed Fadilah, said that the Syrian Central Bank will soon take measures directly connected with the issue of dollar demand and the exchange rates.

Fadilah did not reveal the nature of these measures in his statements to Al-Watan, but he did say that they would positively impact the local currencies market.

The dollar exchange rate on the black market has seen a major increase in record time, with the Syrian pound’s exchange rate against the dollar reaching 500 pounds, while its value for two years had been between 430 and 450 pounds.

Regarding the situation of the Syrian pounds exchange rate, Fadilah said that the increase of the dollar on the black market was due to a number of factors and causes which had come together recently. He expected that demand for the pound would increase in the future because the country was in a state of economic recovery.

Regarding the reasons for the fall in Syria’s currency, Fadilah explained that this was primarily due to the increase in smuggling during the crisis, saying that the effects of smuggling were similar to importing unnecessary luxury goods. He stressed the need to curb smuggling to decrease the unjustified demand for foreign currencies.

These comments were the first by a Syrian official about the reasons leading to the increase of the dollar, and were also the first about the preparation of solutions and procedures. The Governor of the Central Bank has refrained from giving any statement about the reasons that led to the dollar’s increase, or the measures that would be taken to stop the major decline in the value of the Syrian pound.

The Minister of Internal Trade and Consumer Protection, Abdullah al-Gharbi, said two days ago that no one knew the real reasons behind the dollar’s increase, but he said that his Ministry had been successful in stopping the increase of the prices, which had caused an increase in the dollar’s exchange rate!

Fadilah also said that the increasing demand for the dollar bore two positive indications. First it was an indication of increasing imports and bringing in necessities for production, and second it showed that a large segment of Syrian citizens were saving in Syrian pounds.