Since the outbreak of war, the Druze in Syria have remained neutral, instead choosing to join local militias protecting their region writes Al-Araby al-Jadeed. 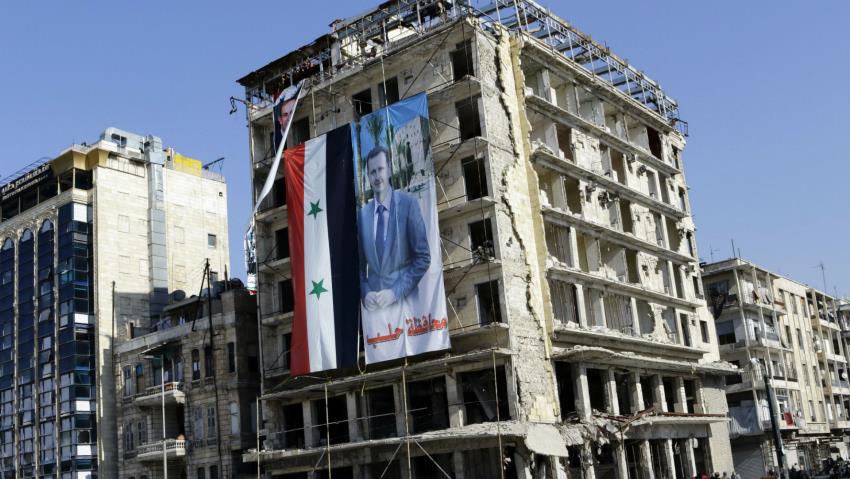 Syrian President Bashar al-Assad has called on the country's Druze community to perform military service, days after members of the minority were released, following a mass abduction in July by the Islamic State (ISIS).

Suweida province is the heartland of Syria's Druze minority, who made up around three percent of the country's pre-war population – or around 700,000 people.

Since the conflict erupted in 2011, thousands of Druze, especially those in Suweida, have refused to be conscripted, instead joining local militias and promising to protect their region.

Damascus has so far turned a blind eye as long as the Druze militias do not ally with rebel groups.

Speaking to a group of former hostages and their families on Tuesday, Assad thanked the army, saying that without them "the abducted people would not have been freed".

"We owe a great debt to (the army) and as for you… your responsibility is even greater," he said in a video published on the presidency's official Telegram account.

The main way the Druze community could support the army was to do military service, Assad added.

Since the conflict erupted in 2011, thousands of Druze, especially those in Suweida, have refused to be conscripted, instead joining local militias

The Druze, followers of a secretive offshoot of Islam, are considered heretics by the Sunni extremists of ISIS.

ISIS militants abducted about 30 people – mostly women and children – from Suweida in late July during the deadliest attack on the Druze during the Syrian civil war.

Some of the hostages died while others were freed last month in a prisoner swap. The remaining 19, mostly women and children, were released last week.

Before the war began, Syrian men aged 18 and older had to serve up to two years in the army, after which they became reserves available for call-up in times of crisis.

In the past seven years, fatalities, injuries and defections are estimated to have halved the once 300,000-strong army.

To compensate, the force has relied on reservists and militias as well as indefinitely extending military service for young conscripts.

Assad is heavily reliant on the ground on Iranian-led foreign fighters from Iraqi, Pakistani and Afghan militias, along with Lebanon's Shia group Hezbollah.

Around 2,000 Hezbollah fighters have been killed fighting for Assad.

Moscow's military intervention in 2015 marked a turning point in the conflict and enabled Assad to secure a series of victories against rebels.

According to independent monitors, hundreds of thousands of civilians have been killed in the war, mostly by the regime and its powerful allies, and millions have been displaced both inside and outside of Syria.