Following a number of defeats at the hands of the SDF the Islamic State has had its small bit of territory reduced even further reports Zaman Al Wasl. 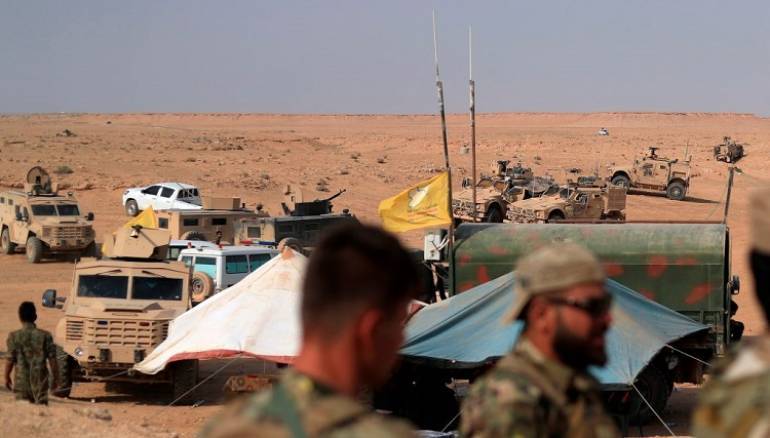 The Syrian Democratic Forces (SDF) seized control of al-Shajlah near the strategic Bagouz area, the last ISIS stronghold on the eastern bank of Euphrates River. The SDF captured half of the village of Bagouz last week.

The SDF, with the help of the US-led coalition, launched a wide offensive last week to capture the last pocket held by ISIS in Syria.

The Kurdish-led forces have been among the most effective in the fight against ISIS in Syria, forcing them out of much of the country's east.

Despite losing most of the territory it held between Iraq and Syria since its peak in 2014, ISIS remains a disruptive force in both countries. Its leader, Abu Bakr al-Baghdadi, urged his followers to "persevere" in an audiotape attributed to him last month.