The children are said to have disappeared under mysterious circumstances and residents fear that they will be used to stage a chemical attack writes Al-Watan. 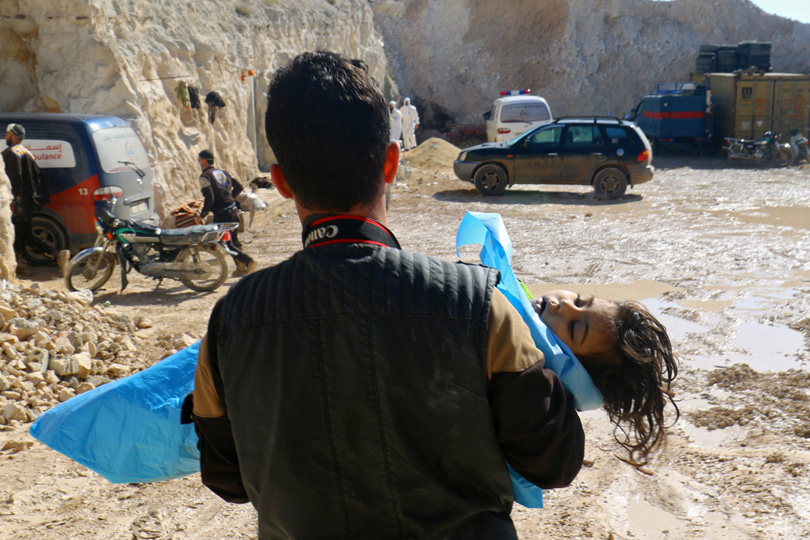 Terrorist groups in Idleb have kidnapped more than 40 children to send them to the presumptive location where they will act out “chemical theater”, which will be blamed on the Syrian Arab Army, in the event that there is a military operation against Idleb province, for which predictions indicate that the zero hour for launching is approaching with the conclusion of logistical preparations.

Resident sources told Al-Watan Online that more than 40 children had disappeared in mysterious circumstances and who were likely kidnapped by armed militias, especially the al-Nusra Front, the face of Hayyat Tahrir al-Sham, in various parts of Idleb.

The sources said that most of the children were kidnapped from the towns of al-Zarba and Khan Touman in the southern Aleppo countryside and Khan al-Asal and Tarmanin and Atarib in its western countryside, and from the Qah and Atmeh camps and the village of Salwa in the northwestern countryside at the Turkish border, as well as the towns of Basamas, Jouzif, Mar’ian and al-Rami in the Jabel Zawiya area south of Idleb, which are the most prominent strongholds of al-Nusra.

The sources expressed residents’ fear that their children would be killed in the “chemical theater” which the Russian Defense Ministry has previously warned of after monitoring closed vans bearing poison chlorine on the road leading from the Bab al-Hawa crossing to the villages of Jisr al-Shughour in the western Idleb countryside, which is believed to be the chosen area for the performance. The United States, Britain and France have warned they will carry out a tripartite aggression against Syria if chemicals are used, as occurred in eastern Ghouta and Khan Sheikhoun in the southern Idleb countryside, whereby members of the Civil Defense, known as the “White Helmets” under al-Nusra, carried out a performance under the supervision of foreign intelligence agencies, including Britain’s.