A car bomb exploded in a heavily populated quarter in Damascus, which has a majority of Alawi citizens and soldiers. 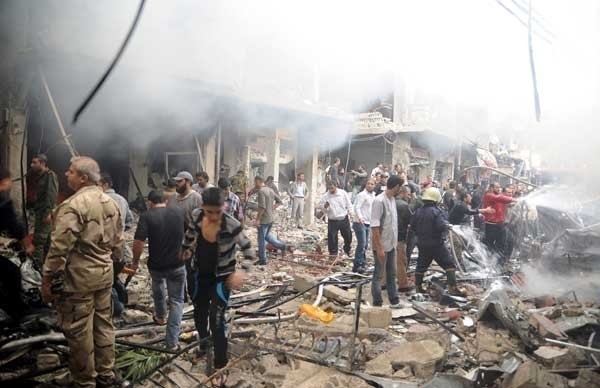 “Terrorist on Monday detonated an explosive device planted under a car in Mazzeh Jabal 86 area in Damascus, killing 11 citizens and injuring tens, including women and children.

A source at al-Muwasat Hospital told SANA that the body received the bodies of 8 martyrs killed in the bombing and 31 injured people who are currently receiving treatment.

A source in Yousef al-Azmeh Hospital said that the hospital received the bodies of 3 martyrs and 24 injured people, most of them critically injured.

SANA's correspondent who visited the bombing site said the explosion caused significant damage to the area which is heavily populated, and that a large number of cars and shops were destroyed and infrastructure and utilities were also damaged.