An opposition website says the two bishops were kidnapped by the Chechen Brigade, which has close relations with the regime’s security agencies 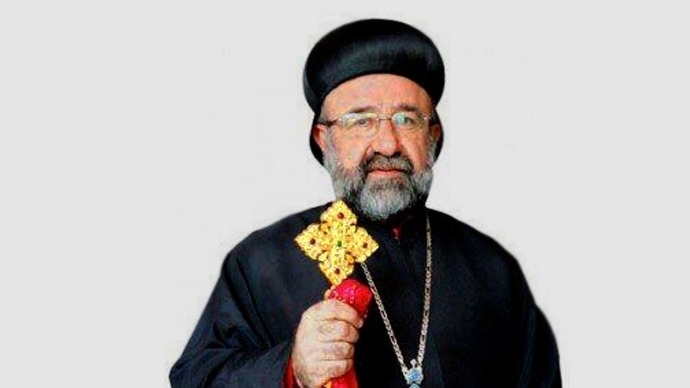 (In the photo Bishp Ibrahim)

“Terrorists intercepted the bishops’ car in Kafr Dael village, took the driver out of the car and kidnapped the bishops,” it added.

Christian residents of Aleppo reached by AFP said Ibrahim set out in his car to pick up Yaziji from the Bab al-Hawa crossing on the Turkish border, which is under rebel control.

The car was intercepted on the way back by gunmen who kidnapped the bishops and killed their driver, the residents said on condition of anonymity.

Kidnappings have become increasingly prevalent in Syria as law and order has broken down with the spread of the conflict between rebels and loyalist troops.

No group has yet claimed responsibility for the act but member of the National Coalition, Abdulahad Steifo, told Reuters that the clergy were abducted on the road to Aleppo from the rebel-held Bab al Hawa crossing with Turkey and that “all probabilities are open” as to who could have kidnapped the bishops.

But All4Syria website, which is run by a decent dissident who is also a member of Bishop Ibrahim Church, reported that the two bishops were kidnapped by the Chechen Brigade, which has close relations with the regime’s security agencies, according to  the Website.