The pharmaceutical sector is facing a "catastrophe" as a result of the Central Bank decision to stop financing imported raw materials, according to Syria's top industrialist. 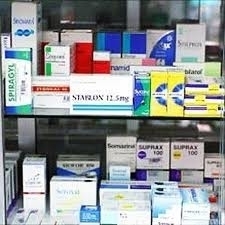 Pharmaceutical manufactures in Syria are facing a production "catastrophe" as a result of the Central Bank decision to stop financing imported raw materials, according to Syria's top industrialist.

In a statement published in Al-Watan, Fares Shehabi, head of the Federation of Chambers of Industry, warned that the decision will mean that "the vast majority of drug labs will be forced to stop producing 70 percent of bio-pharmaceutical items because the current exchange rates will lead to higher costs.”
He said before the crisis that the industry was covering 90% of local needs.
“Most of these plants, in different governorates, but especially in Damascus and Aleppo, have been forced to stop producing most kinds of drugs,” Shehabi said.
He attributed the crisis to "the increasing dollar exchange rate,” also  pointing out that the Central Bank  was at first financing imports of raw materials involved in the pharmaceutical industry at competitive rates "and now it has stopped financing.”
“When these companies are obliged to import their raw materials based on black market exchange rates, they will go bankrupt and inevitably be forced to close. This is a catastrophe,” he said.