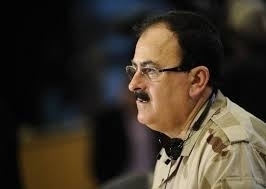 Free Syrian Army Chief, General Salim Idriss warned on Tuesday that if Hezbollah fighters, fighting alongside regime’s army do not stop attacks in Syria, the armed opposition will take “all necessary measures” in Lebanon.

Addressing the Lebanese president, Michael Sleiman, the Secretary General of the Arab league, Nabil Elalrabi, and U.N. Secretary General, Ban ki-Moon, Idriss said he is spelling out their  responsibilities,  according to Agence France Presse.