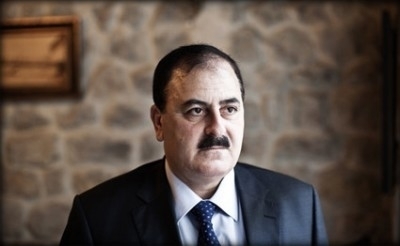 The appearance of Salim Idriss, the Commander-in-Chief of Syrian Free Army in Amman is proof that preparations are underway at the southern gate to Syria.

Idriss’ time in Amman saw a succession of visitors and meetings amid growing fears about regional escalation of the Syrian crisis – to the extent that Jordan has asked friendly countries to provide Jordan with Patriot missiles to secure its borders.

Others saw his trip as a preparation for a coordinated attack on Assad forces from the north and the south.

Al-Ghad newspaper, which is close to the opposition, reported Idriss as telling reporters: "There are extremely positive signs that there is seriousness about lifting the European Union arms embargo by the end of the month.”

“There are also assurances that revolutionaries will not be abandoned to the regime in this conflict and that medical and humanitarian aid will be given," he was reported as saying.

Idriss said the firepower he is receiving amounted to “no more than one tenth of what we need.”

“This is a well-known fact, but despite this we are holding our positions and we are making victories. Some say that the regime is advancing and that we are retreating… we would say that we retreated because we only get one tenth of what we need."

Idriss said the goal of the battle is “to achieve the demands of the revolution, to fight against Assad and his tyrannical regime.”

He described the Syrian army as frayed and weak.

“In many places they wait for relief and a chance to rest. In many places we hear them say that they want to end this situation…when is the Free Syrian Army coming to relieve us?" Idriss recounted.

“They are not allowed to visit their families, they are threatened with death in the field, the regime kills anyone it is suspicious of… and anyone who is not Alawite is suspicious, considered a ‘sleeping cell.’ They fear the regime intelligence and its agencies, and they also fear death if the Free Syrian Army arrives and they are found on the wrong side," Idriss said.