Rifaat al-Assad, who allegedly has the blood of at least 25,000 people on his hands, sold the seven-storey home on one of Paris's most desirable stretches of real estate overlooking the Arc de Triomphe 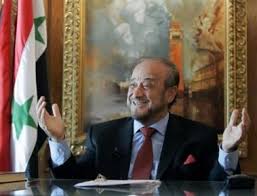 Bashar al-Assad's uncle has hastily sold a sprawling Paris mansion for 70 million Euros after it had been on the market for 100 million Euros, apparently fearing it could be seized by police, according to the UK Daily Telegraph.

Rifaat al-Assad, who allegedly has the blood of at least 25,000 people on his hands, sold the seven-storey home on one of Paris's most desirable stretches of real estate overlooking the Arc de Triomphe.

Avenue Foch has been dubbed "the avenue of ill-gotten gains" by French media since police seized another mansion two doors down belonging to the son of President Teodoro Obiang Nguema of Equatorial Guinea, as part of an ongoing investigation into allegations of misuse of public funds by foreign leaders and their families.

Mr Assad owns a string of properties elsewhere in Paris and other cities abroad, including a pounds 10 million Georgian mansion in Mayfair, London. The former Syrian vice-president, once head of the feared Defense Companies paramilitary unit, has lived in exile since he tried unsuccessfully to seize power from his brother, Hafez, in 1983. He is reviled by many in his homeland for leading a February 1982 military assault on Hama to suppress an uprising by the Muslim Brotherhood, that some claim left between 10,000 and 25,000 people dead.