Anas al-Akhras is a well-known endocrinologist who needs urgent treatment. 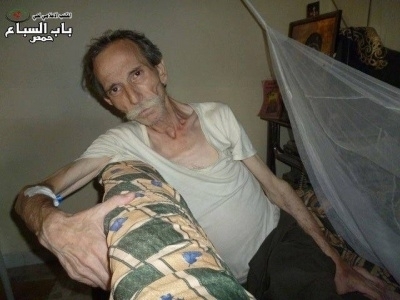 Activists from the embattled city of Homs have called for an immediate transfer of a prominent human rights activist from Homs for medical treatment for a serious disease.

Anas al-Akhras is a well-known endocrinologist who needs urgent treatment.

Akhras has been treating people under siege for more than a year and a half.
Activists said Akhras became unwell four months ago and his condition is now deteriorating rapidly, suffering from decreased appetite and severe weight loss.

Activists appealed to "people with power” to do their best to help Akhras as soon as possible, through coordination with the Red Cross, Red Crescent,  Father Michael, Father Ateya outside Homs, or father Francis inside besieged Homs, as well as the Homs Military Council.