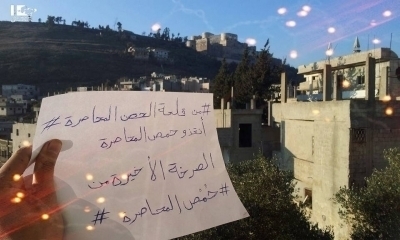 Forces loyal to President Bashar Assad are preparing to attack rebel towns in the countryside of Homs city, activists say.

Around 7,000 regular soldiers and 2,000 militants (from the National Defence militia), backed with 20 tanks will break into rebel-held towns of al-Zara and al-Huson in western Homs countryside, Khaled al-Husni told Zaman Alwasl.

The people of the besieged towns are afraid of an imminent massacre, a source said.

The town of al-Huson contains 550 displaced families who fled bombing in the neighboring areas, Husni added.