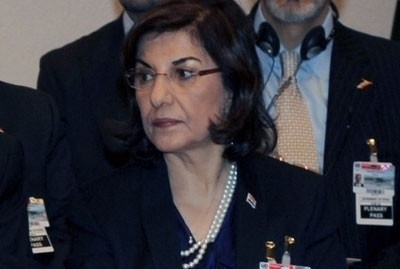 Presidential Political and Media Advisor, Bouthaina Shaaban, said that some points in the Geneva I communique are still valid but that reality requires a "change in priorities", the most urgent being restoring peace and stopping arms to terrorist groups.

"If we ask any Syrian citizen, he will say that the priority is for restoring security and stop terrorism, which will never stop until the countries that are funding and arming the terrorists vow to cease such acts," Shaaban said in statements to al-Mayadeen TV

"We hope that all sides will be convinced that the Wahhabi mentality endangers Syria, the region and the whole world.It is in the world's interest to stand by Syria against this mentality and leave the future of Syria for the Syrians to determine."