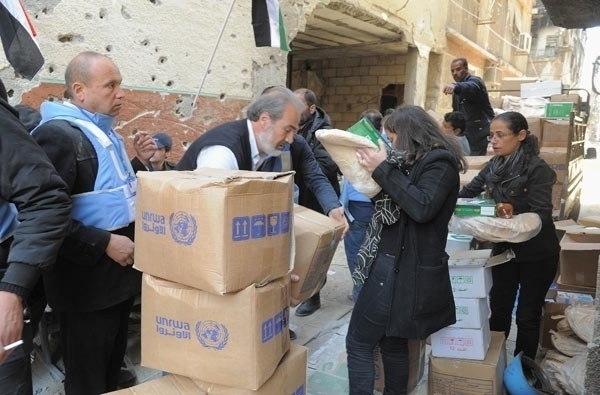 A supervisor of the campaign to aid Palestinians in Yarmouk Camp said more than 2,500 food baskets have been distributed in the camp and that around 450 people were evacuated for health reasons.

Abu Kifah Ghazi told SANA on Saturday that the aid distribution was supported by the Syrian government to alleviate the suffering of the local community who are blockaded inside the camp by gunmen. He said the gunmen are firing at paramedics and to prevent food aid from being delivered to the locals.

An official with the medical services team with the Popular Front for the Liberation of Palestine- General Command (PFLP-GC), Maher Sheikha, meanwhile said that about 450 people were evacuated from the camp for medical reasons, adding that the Syrian government has provided all needs to facilitate the evacuation of the sick, provide medical services and the transfer of those in a critical condition to hospital.