The Interim Government has offered a temporary plan of action to rebuild state institutions in the liberated areas of Syria. 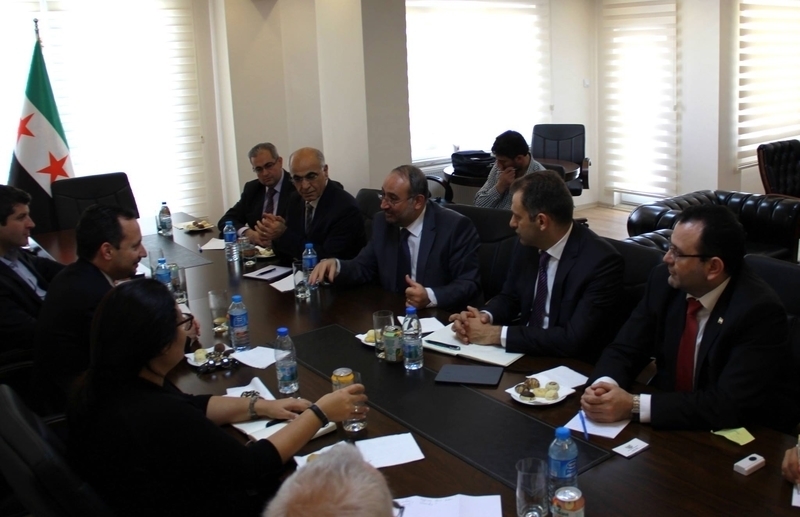 The Prime Minister of the Syrian Interim Government, Ahmad Tohmeh, received the U.S. envoy to Syria Daniel Rubinstein at the interim government's headquarters in the city of Gaziantep, Turkey on Sunday.

The two parties discussed the mechanisms the group of the Friends of Syria can adopt to support the interim government.

The government has offered its temporary plan of action and mechanisms to rebuild state institutions in the liberated areas of Syria.

The two sides agreed to conduct subsequent meetings to discuss ways to follow up the support needed by the Syrian people in various fields.