The results of the Syrian National Coalition Political Commission are out 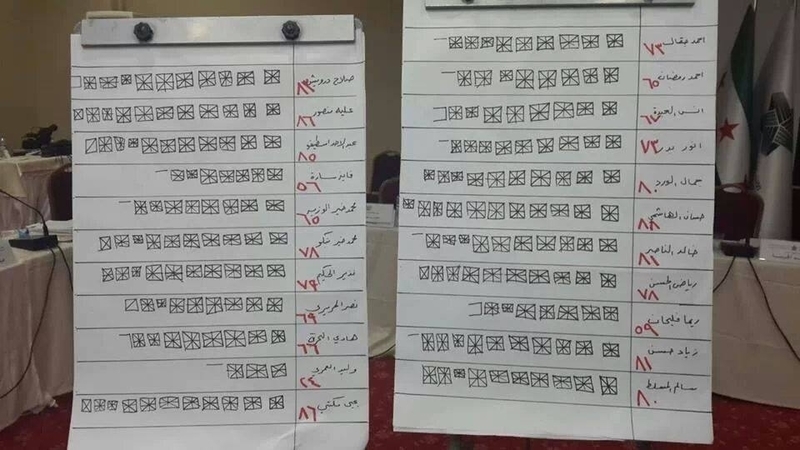 The results are as follows:

Meanwhile,  Rima Fleihan lost in the Political Commission's election for the second time in a row, after previously losing the vice presidential seat.

Tranlsated and edited by The Syrian Observer