Syria's tourism minister has forecast a "prosperous tourist season" for the central province of Homs, being flattened 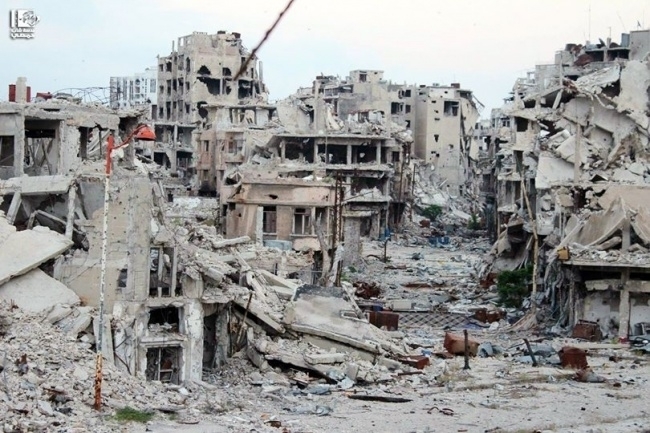 Syria's tourism minister has forecast a "prosperous tourist season" for the central province of Homs, despite three years of raging conflict that has flattened much of the provincial capital.

In remarks carried by the state news agency SANA, Bisher Yazigi pledged help for the area, predicting a prosperous tourism season because "various activities are planned… during the summer".

There was no word on what these activities might be.

The upbeat projection, published Saturday, comes as some 2,000 fighters and civilians holed up in besieged rebel-held parts of Homs city prepare to withdraw under a deal with the authorities.

After the withdrawal, the former rebel stronghold will be turned over to the government.

But both the city of Homs and many of its most famed destinations — including the Krak des Chevaliers Crusader castle — have suffered enormous damage during fighting.

The historic Old City of Homs, formerly a tourist attraction, has been reduced to little more than rubble, with homes, shops and religious sites pulverised in near-daily bombardment and fighting.

And the prospects of a flood of tourists into any part of the country, where a civil war has killed more than 150,000 people, would appear to be slim.

Over the weekend, SANA also touted the results of a traffic department survey showing a 50 percent drop in traffic accidents in Syria in the past year.

"A new report from Syria's Ministry of Interior suggests a 50 percent drop in deaths from road accidents in 2013 from 2012," the agency wrote.

Major General Yasser al-Shreiti told SANA that ministry initiatives including new surveillance cameras, increased patrols and training for traffic police were behind the fall in accidents.

He made no mention of the conflict which has rendered many parts of the country and the roads that run through them impassable.

It was unclear whether the statistics covered the situation on the roads in large parts of Syria over which the government has lost control.