Mamlouk sat in the first row at Assad's swearing-in ceremony 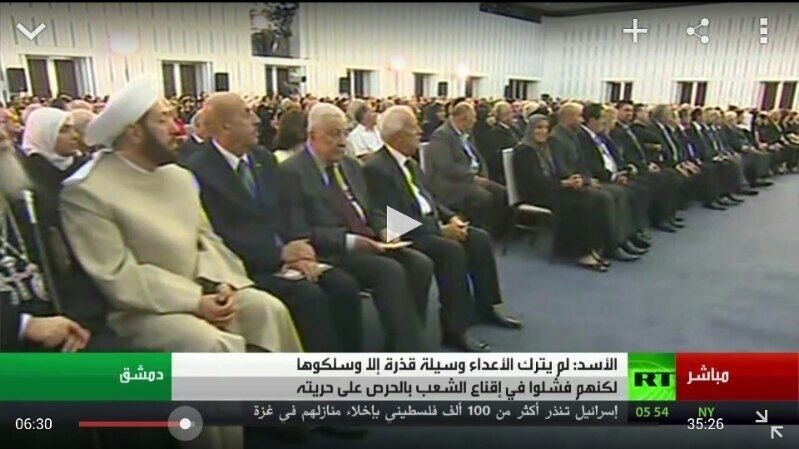 For the first time in the history of presidential oath speeches, a security official with no civilian position was invited to attend the ceremony for the swearing in of President Bashar Assad for third term.

Ali Mamlouk, the director of National Security Office, sat in the first row, next to the Assistant Vice President, Mohammad Nasif, and the Grand Mufti, Ahmad Hassoun.

Confirmations from Damascus say that there are already preparations to replace the current Vice President, Farouk Sharaa, with a figure that has a political background, and that Ali Mamlouk will be appointed Vice President for Security Affairs.

There are also rumours that the visit of Hafez Makhlouf, a prominent security figure close to Assad, to Tehran last week was dedicated to reaching an agreement about the new National Security Office director, a Sunni figure accepted by Qassem Sulaimani.