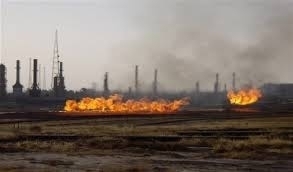 Secretary General of the Syrian National Coalition, Nasr al-Hariri, said that the Islamic State (IS) and other Islamist factions have so far taken control over 40% of Syrian land and 80% of Syrian oil.

Hariri said in an interview that there is "another parent to this organization, in addition to the Syrian regime, and that is the absence of international support for the Syrian opposition."

"We warned the international community of the results of this policy and the dangers of the spread of this phenomenon which was newly-born. We said that it may spread and become a threat to everyone if the world doesn't support the Syrian moderate opposition."

"Unfortunately, nobody listened to us, and this led us to this situation. The international position might be related to a strategy that aims at gathering all the extremist forces inside one geographic location, including IS, Hezbollah, Ahl al-Haq and the Iranian Republican Guard, to fight each other before eliminating them," Hariri said.