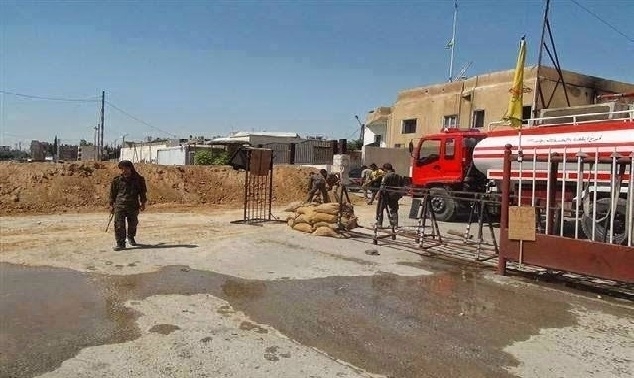 Tensions between regime forces and militants of the Democratic Union Party (PYD) have increased in the city of Hassakeh, previously under shared-control between the two parties.

Activist Malath al-Yousuf said the conflict came after “a race between the two parties to strengthen their positions in the towns of Hassakeh and Qamishli – the largest population centers in the province of Hassakeh – in anticipation of the dissolution of an anti-terrorism alliance lasting more than three years".

Yousuf explained the regime forces formed militias of Arab tribes, most notably the Hezbollah-trained Commandos, whose fighting force increased dramatically after the PYD imposed the conscription of young men in areas under its control. Young Arab men consider volunteering in these militias a way out from immigration, and expulsion from the PYD-held villages and towns.

According to Yousuf, Major General Mohammed Kaddour often warned the PYD, demanding the removal of roadblocks from main streets inside the city. The PYD ignored the appeals after its recent backing by international coalition forces, and guarantees from US General John Allen to provide the PYD with armed support.

This alliance has infuriated the regime, with the Syrian president voicing a threat against the Kurds in his interview with Lebanese al-Akhbar newspaper.

In a media statement, PYD sources said "the attack came following Bashar al-Assad's statements against Kurds, and the formation of regime's Commando militia". The PYD considers the Commandos a serious competitor, following the arrival of 20 Iranian officers to Regiment 154 – located south of Qamishli – with cars and weapons similar to those used by Hezbollah brigades.