A witness has said, "People are dancing and singing, there are fireworks. Everyone feels a huge sense of relief" 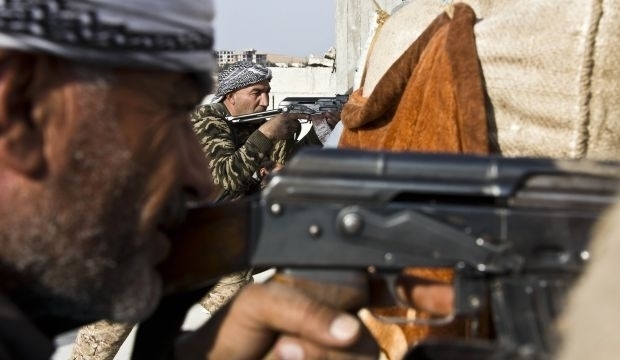 Kurdish forces took full control of the Syrian town of Kobani on Monday, driving out remaining Islamic State of Iraq and Syria (ISIS) fighters to end a four-month battle that became a focal point of the international fight against the ultra-hardline Islamist group.

Monitoring group the Syrian Observatory for Human Rights said Syrian Kurdish fighters from the People’s Protection Units (YPG) militia had retaken the town, close to the Turkish border, but were still proceeding carefully in the eastern outskirts where ISIS had planted mines before fleeing.

“I can see the YPG flag flying over Kobani. There are the sounds of jets flying above,” said Tevfik Kanat, a Turkish Kurd who rushed to the border with hundreds of others, including refugees from Kobani, after hearing about the advance.

“People are dancing and singing, there are fireworks. Everyone feels a huge sense of relief,” he said by telephone.

US-led forces have carried out almost daily air strikes on ISIS positions around the town, on the front lines in the battle against the group that has captured expanses of Iraq and Syria and proclaimed an Islamic caliphate.

The fighting in and around Kobani drove tens of thousands of residents into Turkey and prompted Iraqi Kurdish forces known as Peshmerga travel to Syria to support the YPG after the United States asked Ankara to let them join the fight.

The battle of Kobani is the only publicly declared example of US-led forces closely coordinating militarily with a ground force to battle ISIS.

The United States says it wants to train and equip non-jihadist groups to fight ISIS elsewhere in Syria but fighters say there is uncertainty surrounding the plans.

The recapture raises the question of what ISIS will do next. Its fighters halted a westwards advance in the countryside north of Aleppo in September when it launched the offensive against Kobani.

The group still has fighters in hundreds of surrounding villages, and called on supporters on Monday to target people in the West with whatever weapons they could lay their hands on, as well as praising attacks in Paris, Ottawa and Sydney.

“The entire city is liberated. The clashes will start now in Kobani’s villages,” said Perwer Mohammed Ali, a journalist from the town who was at the frontline with the YPG.

An official in Kobani told Reuters earlier on Monday that half of the city had been completely destroyed and much of the rest had suffered damage.

In making the call to attack Westerners in an audio clip posted online, ISIS spokesman Abu Mohammad al-Adnani said to use whatever weapons they had, “whether an improvised explosive device, bullets, a knife, car bomb or a fist.”

“We repeat a call to followers in Europe and the infidel West to target the crusaders in their own lands and wherever they are,” he said.