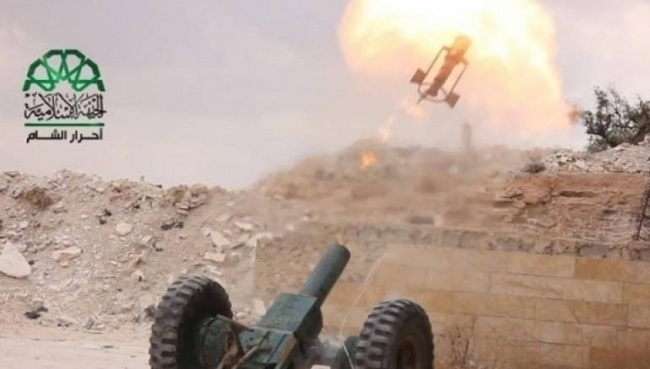 Ahrar al-Sham and the Army of Islam launched a major offensive on a Syrian regime supply route in Idleb countryside, a military spokesman said.

The rebel groups waged a massive rocket attack on Deir Zughaib district near the predominantly Shiite town of al-Fua’a on Monday, claiming the area had become a strategic stronghold for Bashar al-Assad’s forces in supporting Shiite militias, according to Islam Alloush, the Army of Islam’s spokesman.

Rebels also seek to surround al-Fua’a in order to push back Assad's troops and Iranian militants by cutting off the vital route, Alloush added.

Idleb’s Shiite villages have been under severe siege by the neighboring Sunni countryside, pro-regime activists said. The skirmishes have become a regular occurrence as Assad’s forces pledge protection at any cost.