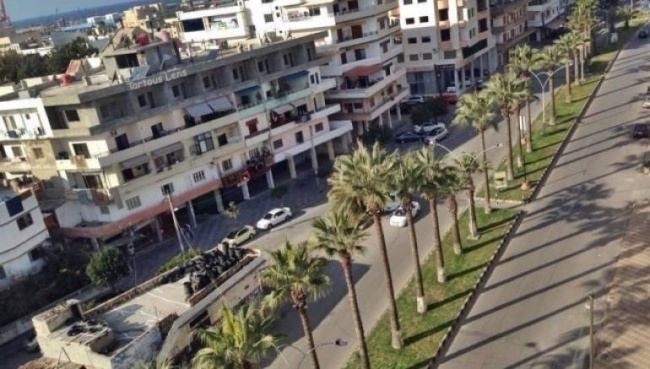 Activists in Tartous reported suspicions of ongoing attempts to alter the demographic, religious and sectarian structure of the city, by moving land and property to Shiite families, under the support of Mohammed Abdul Sattar, the Minister of Awqaf.

Activist Makram Saleh confirmed that the establishment of Shiite schools is managed under Mohammed al-Sayyed’s supervision, with help from Hezbollah militias and Iranian religious figures. “Iran covers all the financial and technical support, while the regime provides the security and legal cover,” said Saleh.

The activist indicated a large quantity of arms and Shiite books in the schools, claiming that “sometimes it felt like an arms store”.

“The process purchases land and property for Iranian and Lebanese Shiite at high prices”, the activist added.

A source mentioned that selling property to Shiite families is a smooth and easy process because of high prices and the intimidation tactics by the shabeeha and regime militias.

Saleh mentioned that thousands of kilometers of land have recently been sold to Iranian people in the countryside of Tartous, much to the dismay of farmers.

“The ownership of land between the sea and the mountain is unknown, with other areas under the control of the Awqaf Directorate in Tartous being given to Shiite people without contracts of selling or transferring, that threatened many people and farmers, even Alawites”, the activist detailed.

The activist also drew similarities between Shiite land grabs in Syria and the Israeli methods to obtain land owned by Palestinians.