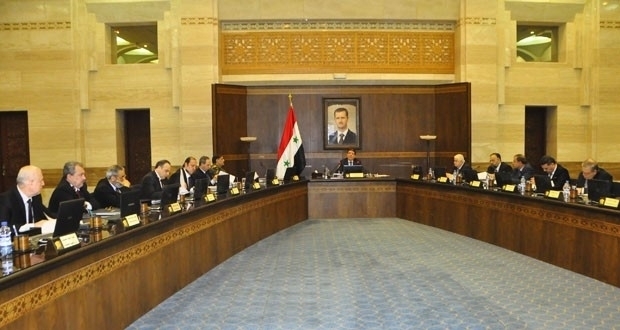 Chairing a Cabinet meeting on Tuesday, Prime Minister Wael al-Halki said that preserving the stability of the Syrian Pound is a government priority.

The prime minister also called for steps to address shortages in water supplies to ensure that drinking water is available in all provinces during the summer.

Local Administration Minister Omar Ghalawanji has reviewed the state of living conditions and services in Deir-ez-Zor city, while Foreign and Expatriates Minister Walid al-Muallem assessed the latest regional and international political developments, in addition to the results of the recent visit of UN Special Envoy for Syria Staffan de Mistura, where an initiative for restoring stability to Aleppo was discussed.

Economy and Foreign Trade Minister Humam al-Jazaeri said recently that the crisis has forced a shift in the priorities of foreign trade towards prioritizing production materials, food items, basic services, and pharmaceuticals.