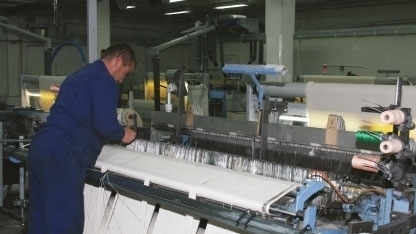 According to a study prepared by the Executive Office of Unions of Textile, the value of stoppage amounted to 33.3 billion Syrian pounds – which would have formed 87.5 percent of the predicted production rate had it been added to the actual production value. The study attributed the sector’s failures to: blackouts (12.7 billion pounds); a lack of available labor (nearly 8.6 billion pounds) and a lack of raw material (over 12 billion pounds).

The study attributed the reasons of the 2014 deficit to: the Ministry of Finance’s disproval of new projects, with a focus on projects that produce 60 percent of their production capacity; the high dollar exchange, significantly impacting machine prices; and the concentration of company headquarters in conflict areas.