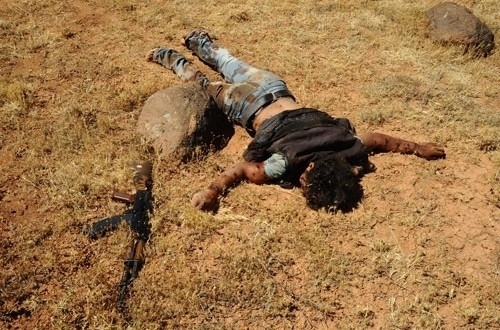 All crossings leading to Jisr al-Shughour city are now within range of the army’s artillery following intensive operations against terrorist positions, according to a military source.

Scores of terrorists were killed and others were injured during military operations on the crossing of Jisr al-Shughour and al-Janoudieh, near the city’s national hospital.

The source added that an army unit, in coordination with forces defending Jisr al-Shughour national hospital, killed dozens of terrorists in the surrounding area and at the southern and eastern entrance of the city.

A SANA reporter near Jisr al-Shughour said army helicopters dropped thousands of leaflets on the city calling on terrorists to lay down their arms while urging locals to avoid terrorist positions.

Syrian air forces attacked terrorists in al-Sukareyeh, Nakhleh Church, and Ein al-Sudeh, destroying their convoys in the vicinity of Jisr al-Shughour and al-Janoudyeh.