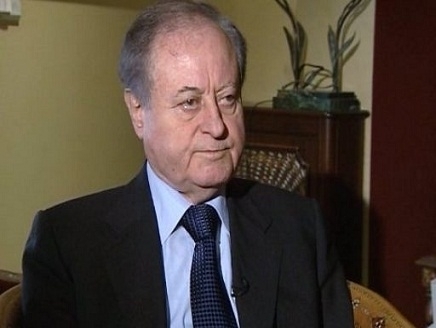 Head of the National Democratic Initiative Mohammed Salman has proposed a road map to solve the Syrian crisis, which includes a national conference that brings together internal and external opposition figures with representatives from the regime and "moderate” military opposition. The conference would discuss a number of steps including the launch of a transitional period that would last for two years. The road map did not discuss the fate of Syrian President Bashar al-Assad.

Salman, former information minister in the 1990s and relative of prominent opposition figure Jamal Sulaiman, formed a political bloc after the peaceful demonstrations in Syria were brutally suppressed by regime security forces.

Salman said, "The national crisis is now in trouble and all of the internal parties are unable to find a solution or put an end to the conflict. So, direct help from the international and regional community is required to find a political solution on the basis of a national conference. This conference should be based on the establishment of a civil democratic pluralistic regime and the “devolution of power” under the supervision and the guarantee of the UN and according to Geneva 1 statement, which included the formation of a transitional governing body with full executive authorities”.

The initiative will include consultations between UN representatives and other parties in order to develop a schedule for the national conference, which includes “the declaration of the constitutional principles, organizing the transitional period according to a specific timetable and the formation of a transitional national unity government”. The consultations will also work to produce a bill on “fighting all kinds of terrorism, and should identify the parties that would attend the conference and exclude the forces that are classified as terrorists”, in reference to ISIS and the Nusra Front.