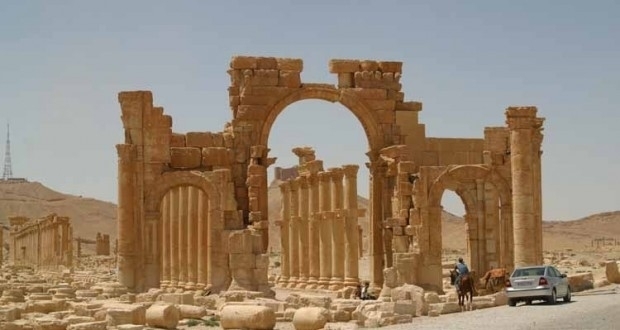 ISIS has advanced on the archaeological city of Palmyra in central Syria amid violent clashes with regime forces in the region, according to the Syrian Observatory for Human Rights.

The Observatory confirmed that ISIS launched successive attacks on the outskirts of the city of Palmyra, leading to its seizure of as-Sukhna town, between Palmyra and Deir-ez-Zor. Local sources reported regime reinforcements have been sent to as-Sukhna in an attempt to regain control of it and over other areas in the countryside of Homs.

The Observatory reported that ISIS also seized fuel stores in al-Amiriyah warehouses, to the northwest of Palmyra, in addition to the T-3 station which is located 40 km north east of the city.

The Observatory explained the ISIS advance has targeted the northern neighborhoods of Palmyra, which led to the displacement of its residents towards the city center.

ISIS’ advance on Palmyra raises fears of looting or destruction of the city’s ruins and museum, after ISIS destroyed a number of archaeological sites and cities in areas under its control – such as the Mosul Museum and ruins of the historical cities of Nimrud and al-Hadar in northern Iraq, sparking a wave of condemnation from the international community.