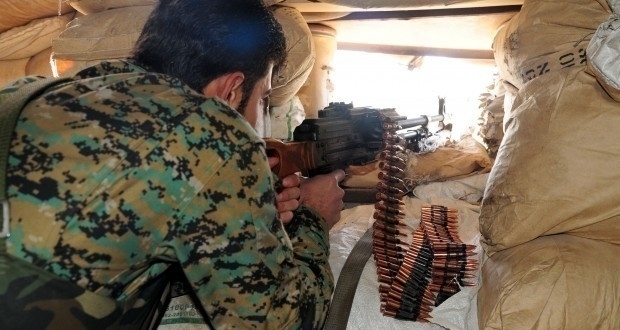 The Syrian army with support from local forces eliminated the last remaining ISIS fighters in the village of al-Ameriyeh and the hills surrounding the city of Palmyra, in Homs province.

The achievement followed fierce clashes in which ISIS suffered heavy losses in personnel and equipment, a military source said on Sunday.

Homs’ governor told SANA that the army assumed control of the radio tower and hills that overlook Palmyra city, the archeological city and the city’s western entrance.

He said the army units are currently combing al-Ameriyeh village for bombs and explosive devices planted between the houses, stressing that dozens of ISIS fighters were killed before its remaining forces fled the area.

The governor said the archeological city of Palmyra is “secure”, adding that the road linking Homs and Palmyra is also “fully secure”.

Meanwhile, Syrian air forces targeted ISIS positions, killing a number of combatants around the al-Hill oil field, al-Abyad dam and to the west of Oil Pump Station 3 on the outskirts of Palmyra city. More than 150 ISIS terrorists were killed yesterday as the army repelled the groups’ attempts to infiltrate the station.

Dozens of ISIS troops were also killed in al-Biyarat and around Abyad dam, while Syrian army units are hunting down remaining fighters in the area.

Air forces targeted ISIS convoys as they fled from areas surrounding Palmyra towards the town of al-Sukhna, destroying a number of vehicles.