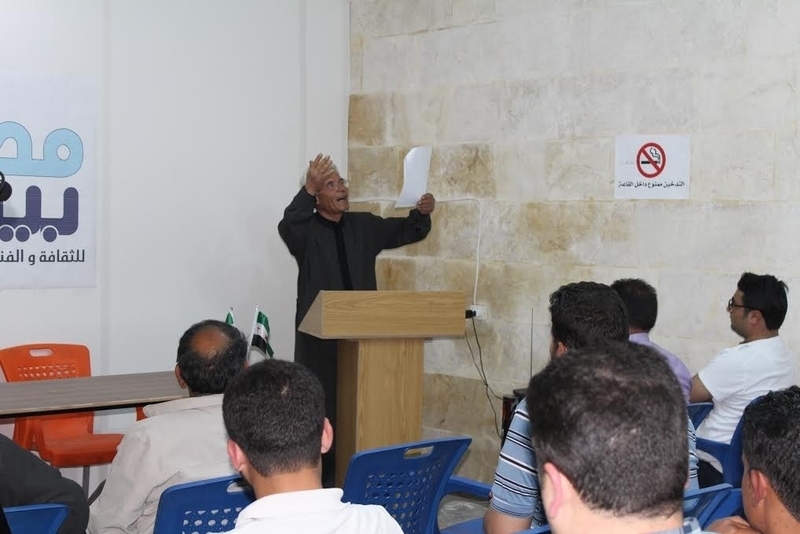 A number of intellectuals and poets attended the opening of the Beit Midad Center for Culture and Arts in the city of Kafr Nabl, where the center hosted an evening of poetry from writers AbdulRahman al-Ibrahim and Nour ad-Din al-Ismail praising the revolution.

Speaking at the opening, director Mohammed Salloum said the center seeks to establish a cultural movement in the region, separate from the events taking place over the past four years.

"The idea is to recreate a collective consciousness to help get out of the current situation which portrays the revolution as violent, and shows the Syrian people as warmongers, while the regime succeeds in depicting itself as civilized", Salloum said.

Novelist Abdulaziz al-Mousa said: "The Beit Midad Center is a project that carries an ambition much greater than similar projects which try to impose a clear mark. Midad has a desire to leave a mark from heaven to earth".

The ‘word’ is like a bullet, Mousa explained, “capable of killing, that is why it was targeted by snipers – the word is a translation of the idea, and for that Midad was created”.