Over 40,000 children said to have been vaccinated against the infectious disease in recent campaigns 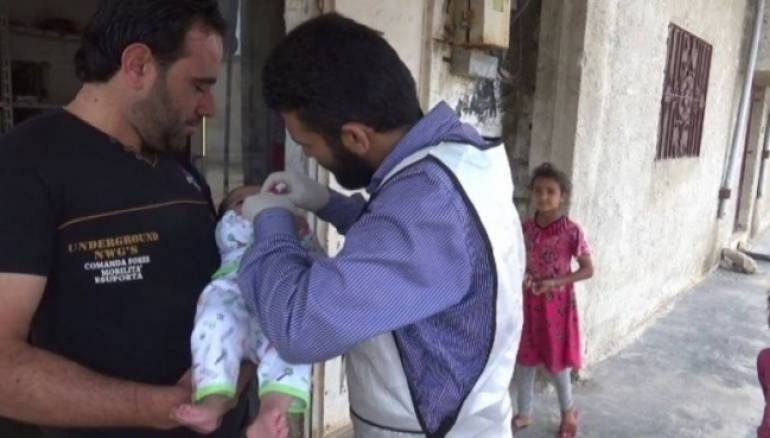 Pharmacist Abdul Halim organized a polio vaccination campaign using his old motorcycle and risking his life in order to deliver the vaccine to children in the countryside of Hama.

Despite the difficulty in transportation, a lack of electricity and the threat of regime snipers, Abdul and his team worked hard to administer the vaccinations to as many children as possible.

Dr. Abdul Qader Razzoq, a polio vaccination supervisor, revealed that the recent campaign is the 10th vaccination campaign in Hama which has managed help over 40,000 children. Razzoq confirmed that most campaign workers are university graduates and have experience working in the health sector.

Razzoq added that before the Syrian crisis, the vaccination rate against polio reached 99 percent, while the frequent campaigns aim to return Syrian health sector to its previous state.