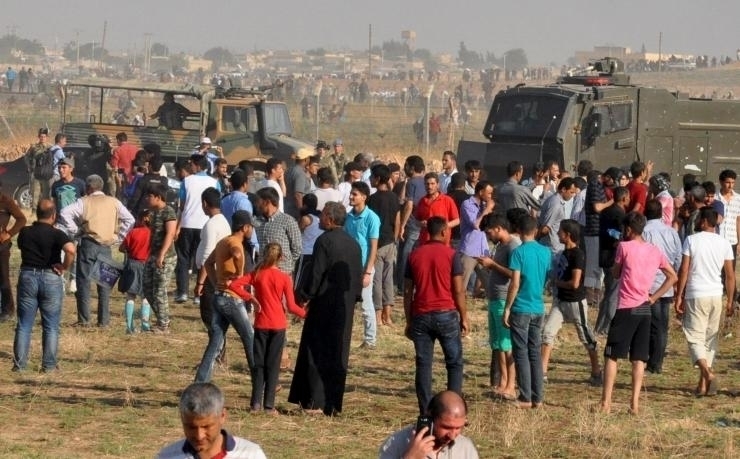 A Siraj Press correspondent reported that the Islamic State (ISIS) destroyed two bridges on the outskirts of Tal Abyad city on Sunday in order to prevent the Kurdish People Protection Units (YPG) from entering the city.

The correspondent said ISIS blew up al-Jallab bridge east of Tal Abyad, and Shreaan bridge south of the city, after the Kurdish militias seized the village of Hammam at-Turkman and a number of other Turkmen villages in the region. The source claimed the YPG militias are positioned at the gates of Tal Abyad, one of ISIS’ most significant strongholds in northern Syria.

The reporter stressed that thousands of displaced people from the city of Tal Abyad and its surrounding villages have gathered on the Turkish border, while the reporter said a Turkish source confirmed the Turkish government is likely to open the border crossing in front of the displaced today, Sunday, or tomorrow.

Field sources confirmed to Siraj Press that the Kurdish militias have reached the outskirts of Tal Abyad this morning (Sunday) from the eastern side and are about one kilometer away from the heart of the city.

Activists said Apache helicopters of the international coalition have been combing the areas before the Kurdish forces advance toward the city, which led to the withdrawal of ISIS forces toward Raqqa. "The move raises suspicion, as ISIS has shown little resistance", the activists said.

The progress of the Kurdish militias comes after seizing the entire town of Sulouk in the northern countryside of Raqqa, where militias said the progress came after fierce battles with ISIS fighters ended with the withdrawal of the remainder of them to their strongholds in Tal Abyad, leaving the militias to seize 12 villages in the east and west of the city.