Qatari grant is still intact as government conducts ongoing talks on how to best spend the funds, prime minister says 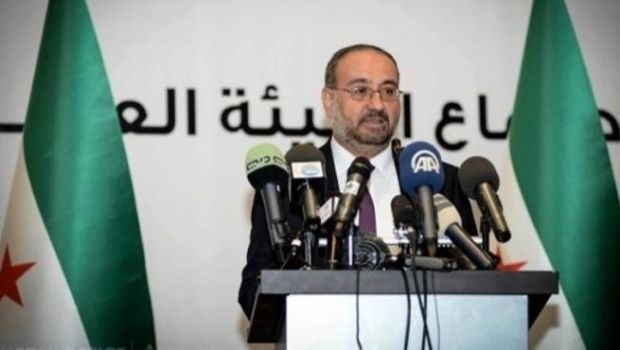 The revelations of mass corruption within the Syrian Interim Government by employee Hanadi ar-Rifai have drawn much attention and criticism. Rifai’s claims accuse the government of paying salaries to ministers while remaining staff were routinely deprived of their income. Rifai called on the Qatari government to withhold the grant provided to the interim government and all other forms of support, adding: "We were happy to form the government of the revolution, but then we started to feel shy because we are working in it, as we were witness to nepotism and discrimination in salaries. Those who had no powerful relatives were dismissed from work".

In an exclusive interview with All4syria, Rifai said:  "The direct reason is that they intend to rob in order for Tohmeh to remain prime minister and other ministers retain their posts. We haven't been paid our salaries for six months, which has worsened our situation because our salaries are barely enough to rent a house and eat. When the recent grant came, they plotted against us. They held a meeting in which they agreed to pay the salaries of ministers and ignore the rest of the staff", Rifai added.

Speaking to All4Syria, Interim government Prime Minister Ahmad Tohmeh said Rifai’s accusations were "false and demagogic", and had emanating from an employee fully aware of the nature of the difficult situation in which the government conducts its work, stressing that the accusations regarding ministers’ salaries are hollow.

"Until this moment, the Qatari grant is still intact, and the prime minister’s office has not signed a decision to spend one penny. I and the rest of Ministers are in ongoing deliberations to study how to spend the Qatari grant in the best way possible so that everybody benefits", Tohmeh said.

Tohmeh attempted to explain Rifai’s accusations, stating: "The Qatari plan was to provide 22 million dollars to the interim government, with the first batch totaling 5 million dollars, followed by monthly payments of 1.5 million. But the Qataris altered their plan, deciding instead to pay two million dollars as a down payment instead of five, which placed the government under great stress”.

“We took a decision on March 5 to suspend paid work in the interim government, and we informed all the employees that the government would be no longer able to pay any salaries after February 2015. We gave the staff a chance to choose between continuing to work on a voluntary basis, taking a vacation until the government resumed work, or to quit. I promised the staff who continued their work on a voluntary basis that I will try to compensate them if things changed", Tohmeh said.

In her speech to All4syria, Hanadi Rifai repeated her attack on the government, describing the general discontent of people: "It's not just salaries, all people insult them and this is shameful. If they were good, they would be praised – much of their abuse and errors are well known among people".

Prime Minister Tohmeh spoke of the suffering of the interim government in its dealings with the situation inside Syria and with the military factions. "They attack the government because it didn’t buy wheat this year”, he said “They accuse us of corruption, and some media and press channels deal with any effort we make as a lie – they show hostility to us more than the regime's media, and not in an objective way".

Regarding the issue of wheat purchases, Tohmeh noted the government made a decision last year to buy wheat crops in a successful experiment that protected the crops from being wasted, and protected its growers from exploitation. Tomeh say that this year, the government decided too to buy wheat from the privinces of Homs, Daraa, Hama, Idleb and store it in the same province due to transportation difficulties.