Working to save innocent lives for the past year and a half, 14-year-old Mohammad is Eastern Ghouta's youngest Civil Defense volunteer 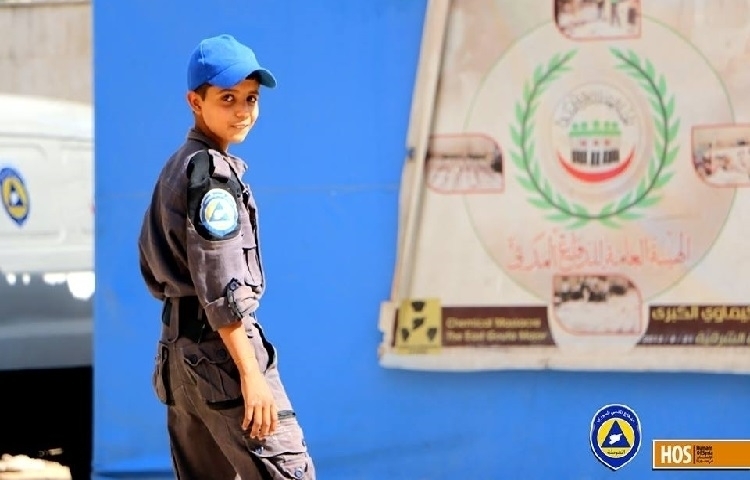 At fourteen years old, Douma resident Mohammed Zahra is the youngest volunteer in Eastern Ghouta's Civil Defense force team, responsible for rescuing civilians injured by the aerial and land bombardment on the city by pro-regime forces for the past two years.

The Humans in Syria Project, which documents stories of those affected by the war, reported on its Facebook page that Mohammed has volunteered within the civil defense team to save innocent people for the past year and a half.

Mohammed is the eldest of his brothers who have remained in the city of Douma after the death of their father two years ago.

Taking an effective institutional role for the past year, the Syrian Civil Defense force was established in opposition-held areas three years ago.