Army of Islam responsible for attack on coastal city, claiming the life of a Russian officer, according to rebel sources 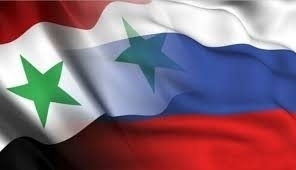 A Russian officer was killed on Thursday in a missile attack carried out by the Army of Islam on the Syrian coastal city of Lattakia, a rebel source told Zaman al-Wasl.

The officer was killed in an attack on Slinfa resort near President Bashar al-Assad's summer palace, Khaled Abu al-Walid said.

Russia, the Assad regime’s key ally, has supplied the Syrian army with military experts and advisers over the course of the Syrian conflict.

In a simultaneous attack on Lattakia, at least two people were killed when rockets hit the coastal city on Thursday, Syrian state media reported.