War in Syria will continue until the US and their partners believe in the proposed solutions, Syria's foreign minister tells Lebanese reporters 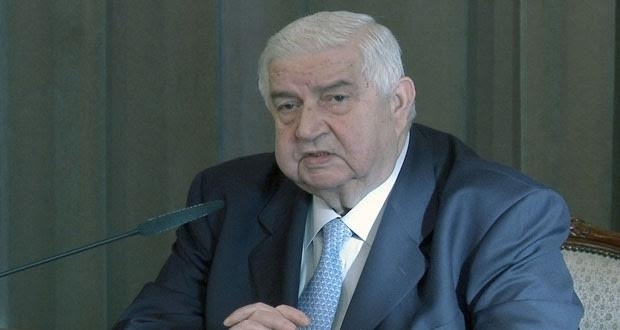 Speaking to the press on Wednesday, Foreign Minister Walid al-Muallem revealed there is currently no full-fledged initiative for solving the crisis in Syria.

“There are only ideas that were carried by the Iranian Foreign Minister Mohammad Javad Zarif and discussed with the Syrian side, who had earlier discussed with the Russian side similar ideas,” Muallem told the Lebanese al-Joumhouria newspaper.

The deputy prime minister clarified that the Assad government will focus on maintaining the Syrian state’s sovereignty over all its territory, push for a dialogue exclusively among Syrians, without preconditions, and allowing the Syrian people to decide their country’s fate through referendum.

Regarding the latest statement by the UN Security Council on Syria, Muallem said UN special envoy for Syria Staffan de Mistura appears to be waiting for October, when US Congress and Iran’s Shura Council are expected to approve the Iranian nuclear deal, which would significantly impact on resolving the crisis in Syria.

“Syria’s enemies are in a critical situation, and that’s why they have started to try to find solutions. However, they are not yet defeated and [are] not driven to despair, which is why the war on Syria will continue until the Americans and those on their side believe in solutions,” Muallem said.

Muallem also explained that the conditions made by a number of sides that Syria abandon its allies Iran and Lebanon’s Hezbollah are totally unacceptable.