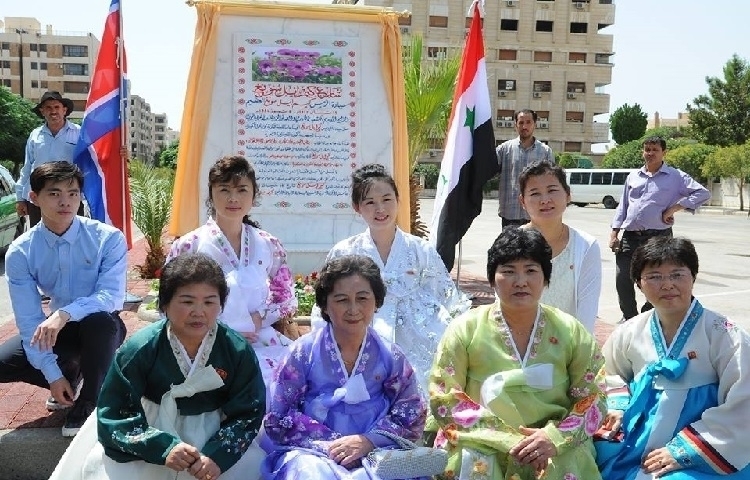 On Monday, August 31, the embassy of the Democratic People’s Republic of North Korea (DPRK) organized a naming ceremony of the “Kim Il Sung” Park in the Kafrsousah neighborhood in downtown Damascus. It was the 70th anniversary of the division of the Korean peninsula after it became independent from Japanese occupation.

Kim was the first president of the DPRK and the founder of the ruling Communist Party, who has been known for tyranny and repression until his death in 1994.

Relations between North Korea and Syria in his era were considered “strong” as the regimes in both countries were prominent allies of the Soviet Union at the time.

Syria’s official news agency SANA said that Deputy Foreign Minister, Faisal Miqdad, stressed during the ceremony the "strong relationship between Syria and the DPRK". Miqdad also appreciated DPRK’s support of its “war against terrorism” and its efforts to liberate the Arab land occupied by the “Zionist enemy”.

In turn, Jang Myung, the North Korean Ambassador in Damascus, said: “The great president Kim Il Sung worked for the nation, the people and the revolution, protecting North Korea’s sovereignty and socialist ideology. He contributed to the development of friendly relations and cooperation with many countries including Syria.” Jang added that Kim “laid the foundations of the relationship between DPRK and Syria under the leadership of Hafez al-Assad” and that “this relationship has been further cultivated by president Bashar al-Assad and Kim Jong-un.”