We fight in the same trench with Sweida rebels: the Southern Front 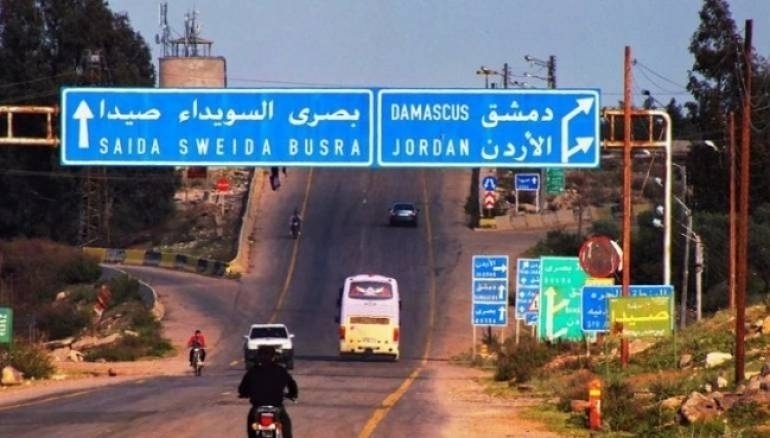 The two bombings on Friday and the ensuing violence killed at least 37 in and around the town of Sweida, a stronghold of Syria’s Druze minority located near the Syrian-Jordanian border, the U.K.-based Syrian Observatory for Human Rights told Reuters.

At the same time, the Southern Front of the Free Syrian Army, a dominant rebel group in the adjacent province of Daraa, stated: “We fight in the same trench with Sweida rebels,” expressing full support for the people in Sweida. “All our weapons and ammunition are at your disposal,” the group added.

The death of Sheikh Wahid al-Balous, a Druze spiritual leader and an outspoken critic of the Syrian regime, sparked outrage in the Druze stronghold. Protestors flooded into the streets of Sweida and burned the statue of Syria’s former president Hafez al-Assad in a series of actions that recalled the very beginnings of the Syrian revolution.

On Saturday, amid renewed clashes in Sweida, mourners of Balous reportedly seized all government facilities and security service offices in Sweida. The outrage also triggered violence in the predominantly Druze town of Jaramana to the east of Damascus but no casualties were reported there, according to Zaman Al-Wasl.

According to Xinhua News Agency, Balous had enjoyed rising popularity in Sweida despite his outspoken criticism of the Syrian regime. His group was rumored to have coordinated indirectly with the rebels of the Free Syrian Army, which controls some areas of the neighboring city of Daraa.

The Druze minority, alongside other minority groups in Syria, has supported president Bashar al-Assad out of fear that radical jihadist groups that show little tolerance of minorities in Syria are on the rise. However, their support did not deter them from criticizing the regime’s conduct in Sweida; several dozens of protestors demanded reforms last week in front of the town’s government buildings.

Because Sweida is located near the southern province of Daraa, a large part of which has fallen to armed jihadist groups that also attacked the suburbs of Sweida, the Druze formed their own militia to defend the town against the jihadist threat.