Rebels planned to take over a chain of villages located between the provinces of Daraa, Damascus, and Quneitra 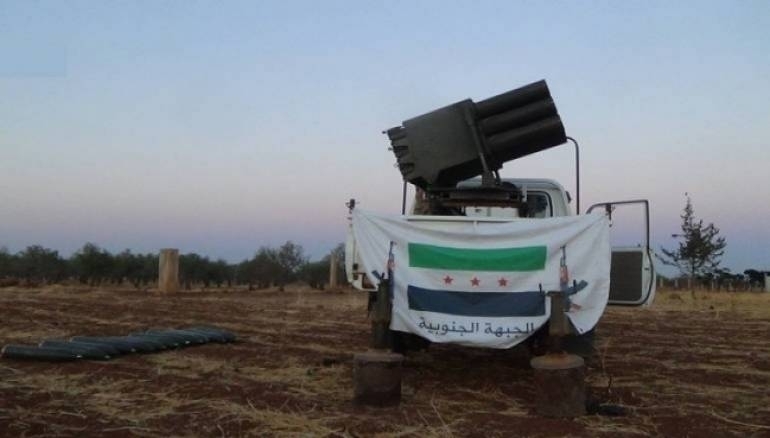 Six rebel factions operating in the southern province of Daraa launched new attacks with an aim to capture villages at the gates of Damascus from regime forces and Shiite militias, a key rebel group announced in a Tuesday statement.

Alwyat Al-Forqan group stated that rebels planned to take over a chain of villages located between the provinces of Daraa, Damascus, and Quneitra.

According to the statement, the battles are being waged in solidarity with rebels of the embattled town of Zabadani, which is located 45km (30 miles) northwest of Damascus and has been the target of a regime offensive since 70 days ago. Regime forces and Hezbollah militiamen gained control of most of the city after intense aerial bombardments and heavy artillery attacks on rebel hideouts.