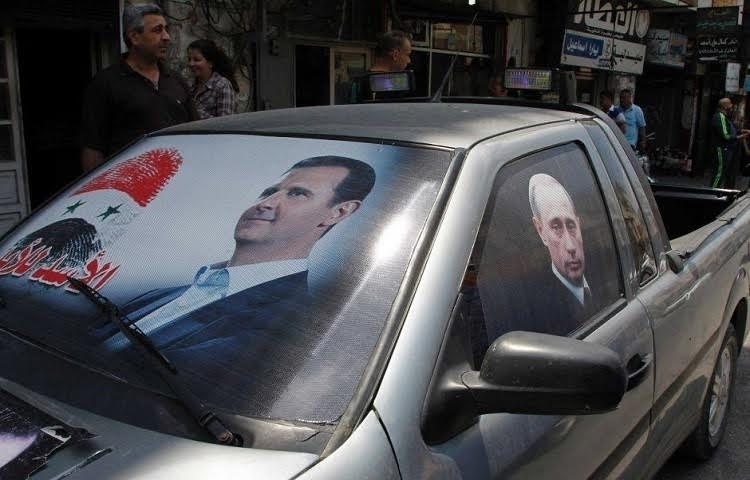 The announcement of Russia’s intervention to prop up the Assad regime has encouraged its supporters to erect pictures of Russian President Vladimir Putin beside those of the Syrian President, Bashar al-Assad.

Pro-regime social media sites remained confident Russia's intervention would inevitably lead to the elimination of "terrorists" and the return of Assad's rule throughout Syria.

According to activists, the streets of Damascus, Lattakia and Tartous – once flooded with the pictures of Hezbollah Secretary-General Hassan Nasrallah – are now teeming with photos of the Russian president.

Observers and political figures believe Russia’s intervention in Syria aims to strengthen its influence on the Mediterranean coast, and to protect its military and economic interests in Syria.

Pro-regime activists have stressed that Putin is now the key player in the so-called "axis of resistance", in addition to Hezbollah, the Assad regime and Iran.