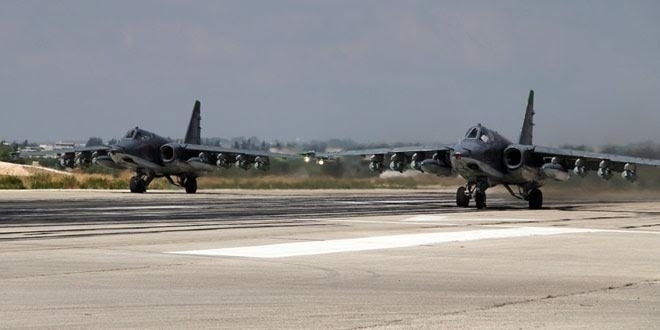 According to the source, the strikes destroyed ISIS’ headquarters in Deir Hafer and al-Bab in Aleppo province, while air raids also targeted the group’s hideouts in Palmyra city in Homs, destroying 20 armored vehicles, three ammunition depots and three rocket-launching pads.

Meanwhile, more terrorists were killed and many of their weapons and much of their equipment have been destroyed as Syrian army units continued to target their positions in various areas.

At least 180 terrorists were killed and a training camp and a convoy of vehicles were also destroyed in a series of air strikes carried out by the Syrian Air Force in Qubtan al-Jabal, Daret Ezza, al-Rashidin, Hreitan and Bashkoi in Aleppo’s countryside, another military source reported.