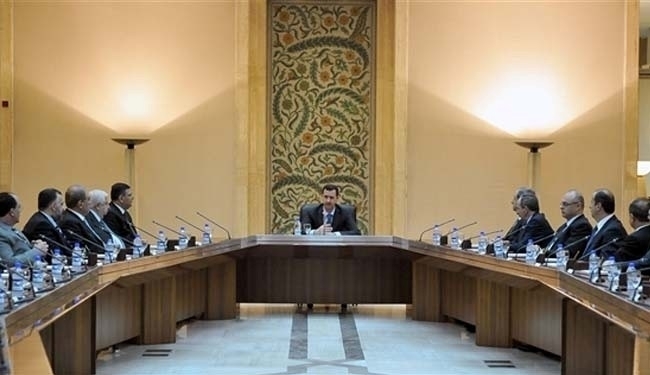 Syria’s Cabinet discussed a number of services and economic issues in its weekly session held on Tuesday, including relief work in Deir-ez-Zor city, Kefraya and Fuaa, in addition to marking the anniversary of the October War of Liberation.

Chairing the session, Prime Minister Wael al-Halki stressed the need to refuse to export any item unless local markets have sufficient quantities in stock, in addition to instructing the Tourism Ministry and the Internal Trade and Consumer Protection Ministry to monitor prices and tighten supervision in restaurants.

The PM also called upon authorities to inspect and address licenses granted to facilities in the Syrian coastal region.

Reviewing recent political developments, Foreign Minister Walid al-Muallem pointed out that the participation of the Syrian delegation at last week’s meeting of the UN General Assembly and UN Security Council in New York was widely welcomed on regional and international levels.

Muallem added that there is an international understanding of the nature of the terrorist war which Syria is facing and the necessity to support Syria in fighting terrorism, as terrorism threatens the entire world.

The premier also lauded Russia for its honest will in fighting terrorism, as it had achieved in days what the US and its allies failed to achieve in a year.