Strikes hit towns of Kafr Zita, Kafr Nabudah, Sayyad and the village of Lataminah in Hama, as well as Khan Shaykhun and Alhbit in Idleb, reports monitoring group 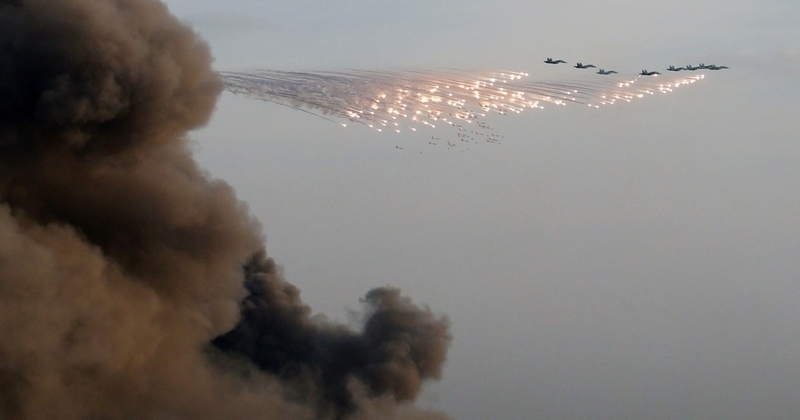 An intense wave of Russian air strikes hit the provinces of Aleppo, Hama and nearby areas in the neighboring province of Idleb on Wednesday, Reuters and activists said.

But fighters on the ground and Western countries have said the Russian campaign is mainly focusing on other rebel groups and is aimed at shoring up Assad rather than combating ISIS.

Russia's strikes Wednesday targeted the towns of Kafr Zita, Kafr Nabudah, Sayyad and the village of Lataminah in the province of Hama, as well as the towns of Khan Shaykhun and Alhbit in Idleb, the UK-based Syrian Observatory for Human Rights reported.

Most of Idleb province is under the control of the Army of Conquest (Jaish al-Fatah), a formidable rebel alliance that includes Al-Qaeda's Syria wing, the Nusra Front, and other Islamist factions.

A Zaman Al Wasl correspondent said three civilians had been killed and dozens wounded in Russian air strikes on Darret Ezzahin in the western countryside of Aleppo.