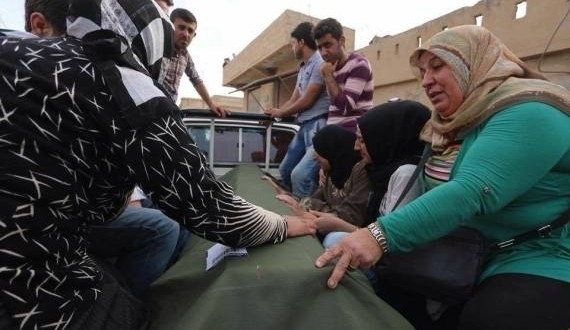 A Syrian man has revealed he was forced to pay 6,000 euros to receive the bodies of his sons who were among the 71 victims found dead in a truck in Austria, after undergoing DNA testing by authorities.

Mustafa Khalil accused Serbia, Hungary and Austria of being responsible for the crime which led to the death of two of his sons, as the countries dealt "inhumanely with the victims, procrastinating with the delivery of their bodies," he said.

There were many steps the Austrian authorities could have taken to apprehend the perpetrators of the crime, prosecute the criminals and to compensate the families of the victims, he said.

Khalil explained: "I last made contact with my two sons on August 25, after their arrival in Belgrade, where they said they were travelling to Austria with the help of an Iraqi Kurdish smuggler named Goran."

Two days later, Khalil heard the news of the truck tradgedy, and tried to contact his sons via an email dedicated to the incident set up by the Austrian police. After a request from the Austrian government, Khalil sent pictures of his two sons to authorities as well as details about their clothes, in order to compare with the victims.

Khalil waited for around 10 days, after which the Austrian authorities confirmed that his two sons were in fact among the victims inside the truck. In addition, Khalil also paid 6,000 euros to receive both bodies.